Full name:
Chris Sanyk
About:
lol preserving my line breaks would be nice! https://csanyk.com http://archive.globalgamejam.org/users/csanyk http://www.ludumdare.com/compo/author/csanyk/ From Cleveland, OH. Active member of Cleveland Game Developers since 2010. If you're in the NE Ohio area, and haven't been to one of our meetings, check us out! http://www.meetup.com/clevelandgamedev/ I am a retrogamer, and my biggest influences are the late-70's/early-80's video arcade, 8-bit consoles and microcomputers (Atari, Coleco, Nintendo, Apple, Commodore). I like some modern games, as well but my heart will always be 8-bit. 2D > 3D play mechanics and controls > story and graphics simplicity > complexity In 1981, I knew I wanted to be a game designer when I grew up. I spent a lot of time doing paper prototypes of games I would like to see made, from the age of 6 or 7 onward. In 1994, I had no idea how I'd ever get into videogame development. I knew no one in the industry, and all the companies seemed to be very far away, and it was super competitive and the industry sucked the life out of people by working them too hard. In 1995, I quit thinking about it because I couldn't figure out any way I could ever make money doing it, and because the industry seemed to be moving away from the type of games I wanted to make. Everything was 3d, a license of some established IP, or a sequel. In 2005, I discovered the Indie Games Blog and learned about Ludum Dare, played some of the games that had come out of them, and rekindled my interest in game development. In 2010, I stopped caring if I ever made money doing it. I realized that not knowing how to make money at something I wanted to do was a bad reason for not doing it. Today, I am a happy game designer, making games that I want to make. It'd be nice if they made money someday, but I don't care too much about that. Mainly I want to make a name for myself.
Website:
https://csanyk.com
Skills: 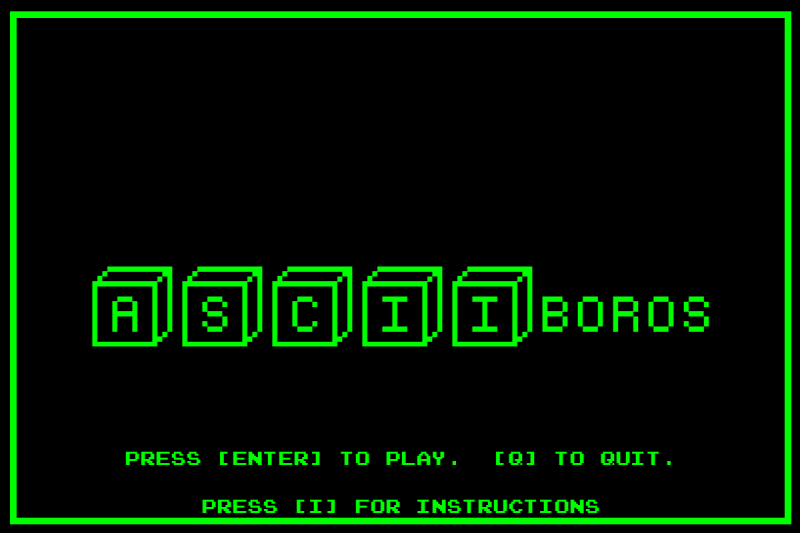 2012: ASCIIboros
Escape the byte register by setting its value to the correct value for the Bit Reader. Don't delay or the Byte Refresh will fry you.
Jam Site:
Cleveland Global Game Jam @ Lean Dog