Every year, the Global Game Jam® keynote speakers have an important job. In their initial address to the jammers in over 95 countries around the world, offering information, advice, inspiration and encouragement.

Everybody here at Global Game Jam is proud to announce that the keynote speakers for 2018! 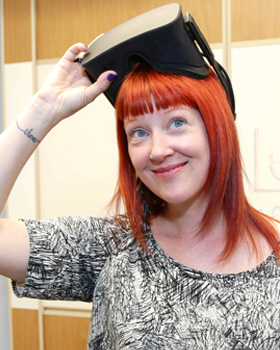 Robin Hunicke (USA) is the Co-Founder of the independent game studio Funomena, which creates experimental games for Console, PC, VR & AR platforms (Luna, Woorld and Wattam) in the heart of downtown San Francisco. A game designer and producer by training, with a background in Computer Science, Art and applied Game Studies. She has been designing, making and teaching about games for over 12 years (Journey, Boom Blox, MySims, TheSims2).

Robin is an outspoken evangelist for increasing the participation of women and under-represented minorities within the Arts, Games & Tech. She is Associate Professor of the Arts Division at UC Santa Cruz, Director of the Art, Games & Playable Media BA and​ ​the Digital Art and New Media MFA. She also supports a broad range of initiatives including: Amplifying New Voices, ​the annual Experimental Gameplay Workshop, PlaySFMOMA, the Lexus Design Award, ​ ​Google Made with Code​, Girls Make Games, and ​the CS For Al​l​ initiative. 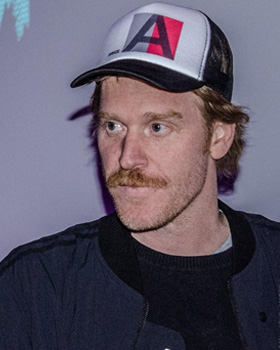 Thorsten S. Wiedemann (Germany) is founder and director of A MAZE.. He produces and curates festivals, exhibitions and workshops in the field of games and playful media. With A MAZE. / Berlin and A MAZE. / Johannesburg he created two annual international festivals to represent authorship and artistic expression in games and other realities. He generates new controversial formats (e.g. A MAZE. Magazine, A MAZE. Pop-ups) and gives room for experimentation, collaboration and exchange. Thorsten established since 2012 the A MAZE. Awards, which goes to unique, thought-provoking and artistic games in six categories. His focus is on the interdisciplinary discourse good parties and in filling the gaps between games, art and culture. He is also the first VR Naut as he’s spent 48hrs in VR straight for his performance piece „Disconnected"! Currently he lives and works in Berlin.