Ty Talor: “Global Game Jam's ability to connect people forces innovation by providing restrictive prompts, giving people the venues to meet, iterate, inspire, and create prototypes. My general advice to anyone who asks how to get into the game industry is: do as many game jams as possible!”

"I'm Ty Taylor. I've been designing games for longer than I can remember, and I released my first big commercial game in 2013 called The Bridge, an "M. C. Escher meets Isaac Newton" puzzle platformer. In 2016 I created Tumblestone, a new take on the Match-3 puzzling genre. I founded The Quantum Astrophysicists Guild to create these games, and since Tumblestone we've been helping other indies release their games, such as Cozy Grove, Roundguard, Deleveled, Space Otter Charley, and more. 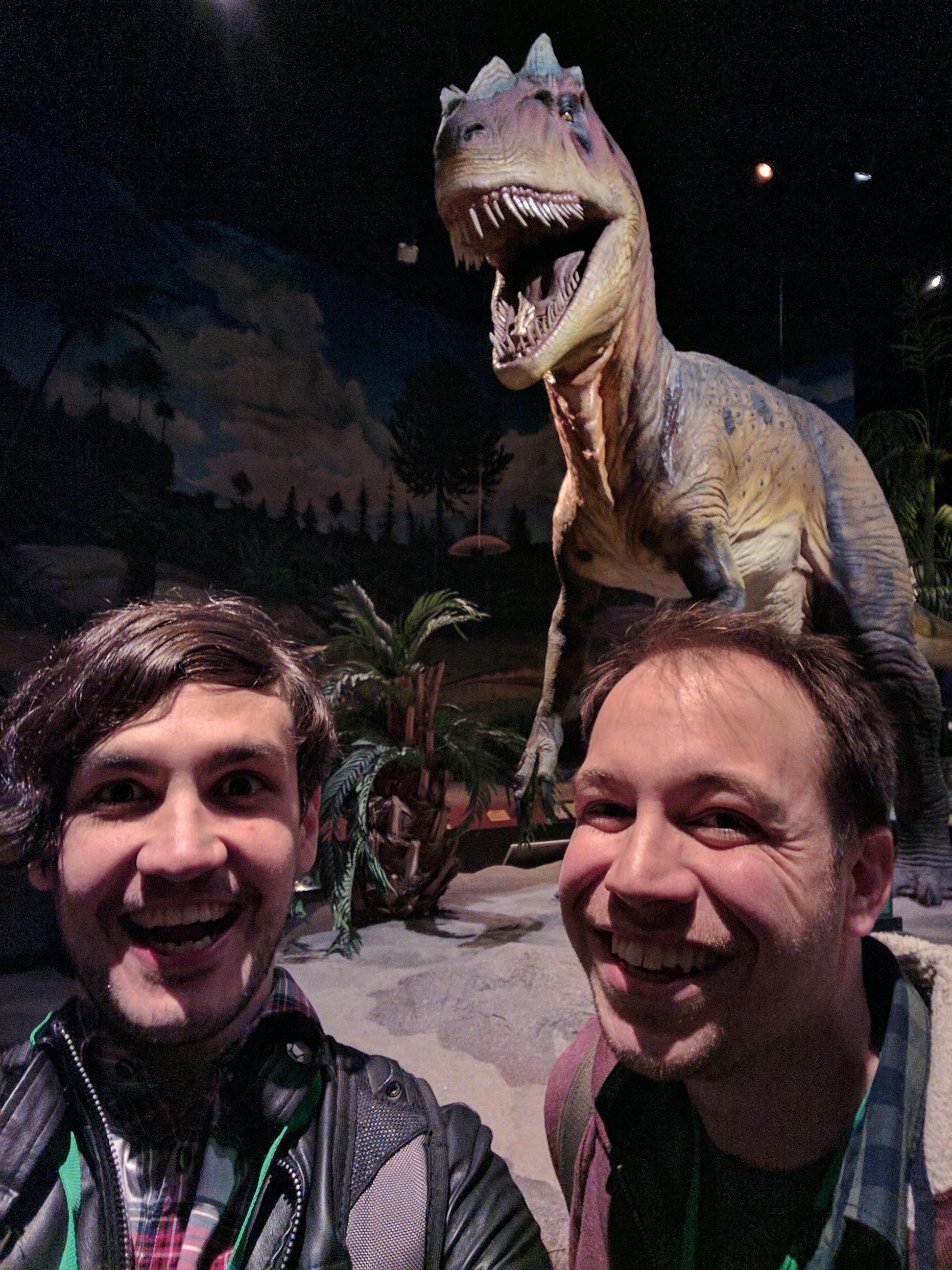 I recently released Freshly Frosted, a puzzle game set in the world's most adorable donut factory and the #3 highest rated game of 2022. In a few months I'll be releasing Sail Forth, an open-world sailing adventure game akin to Wind Waker.

In addition to all of that, I'm VP of the board of Seattle Indies, and I operate the Fellowship of Game Developer Parties. In 2019 I was honored as an inductee in the Forbes 30 Under 30 for my work as a game creator.

I love game jams, and I do try to participate as often as my schedule will allow. I've been doing Global Game Jam since 2012. They're amazing, especially in Seattle where we had access to the Pacific Science Center for the duration of the jam. It felt like being one of the exhibit displays during the day, with people watching this mass of game developers make games and asking questions, and it was like Night in the Museum after hours when the regular museum attendees left. For one jam I was sitting right next to a life-size dinosaur working on my laptop in the middle of the night - too bad that wasn't a game about dinosaurs. 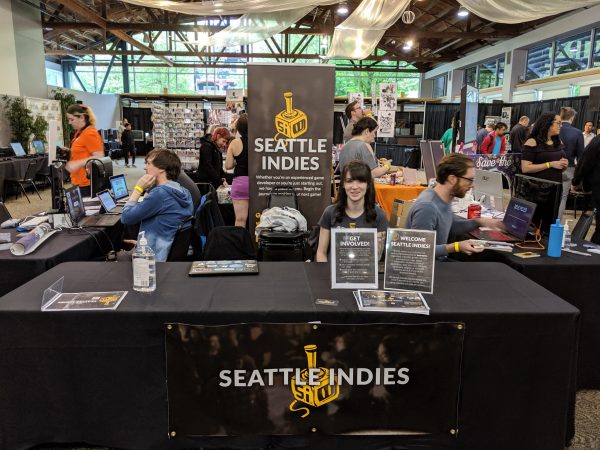 Easy to learn, hard to master

Our Global Game Jam 2016 game Tumblestone is a new take on the Match-3 puzzle genre. It’s much more like Tetris, Tetris Attack, Yoshi's Cookie, etc than it is like Bejeweled, Candy Crush, and the like. It's a puzzle game with a simple enough premise: you're presented with a grid of differently colored blocks and your task is to clear the board by removing blocks in sets of exactly three-at-a-time of the same color, from the bottom only. It's an "easy to learn, hard to master" concept, where the trick of the puzzle comes to finding the correct order of blocks to remove, so that you will always have a set of three available.

It requires players to have a chess-like mindset, thinking several steps ahead, planning their moves. We build a huge (40+ hour) single-player story mode around this, arcade modes, and the most popular mode - competitive multiplayer where players race to clear the board before anyone else. Everyone is given the same puzzle, and often players will reach a point where they've figured out the solution, but so has a competitor, and now it's a race to clear the blocks the fastest. 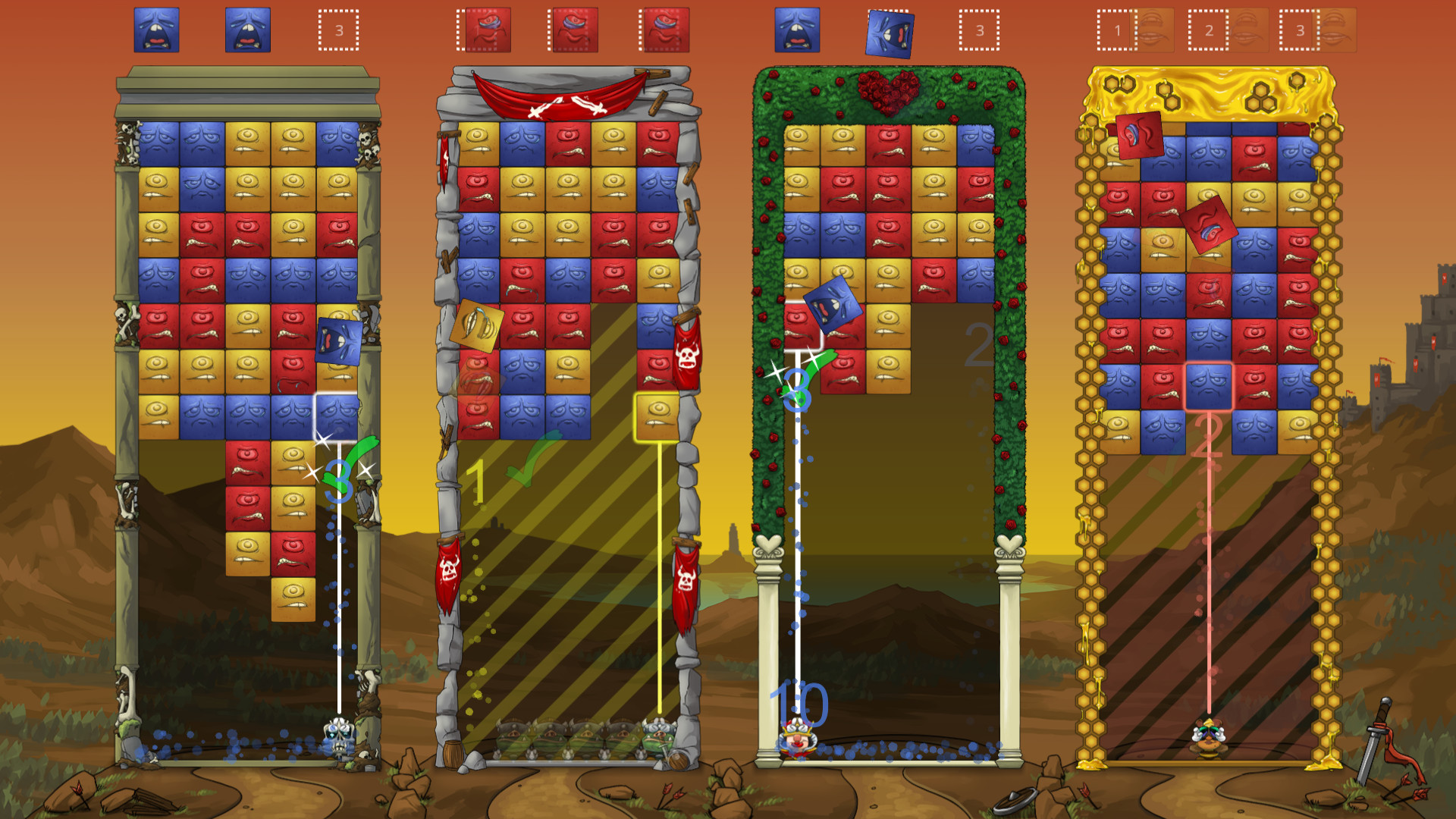 Tumblestone started as a game jam. As a part of this in-person jam, we had a kit for paper prototyping available, and I grabbed some colored poker chips. Putting them on a table in a grid, I started doing the Tumblestone mechanic of removing three-at-a-time from the bottom, and randomly placing them at columns in the top. Immediately I felt the pattern matching and problem solving that my brain was doing and it felt incredibly fun.

In just 8 hours, my team of three had a playable multiplayer prototype. We went back to a colleague's house, it was 2am or so by that point, and we had stopped working because we had become too obsessed with the gameplay. It was so intense that we started shouting at each other (in a friendly way!) so much that it woke up my colleague's wife who had to tell us to keep quiet. It was at that point I knew we had some golden gameplay on our hands.

Global Game Jam's ability to connect people (in this case, my two colleagues who I would go on to spend three more years making Tumblestone with), force innovation by providing restrictive prompts, giving people the venues to meet, iterate, inspire, and create these prototypes - all of this is responsible for some truly genius game ideas that have been prototyped over the years, dozens of which have gone on to become full games like Tumblestone. 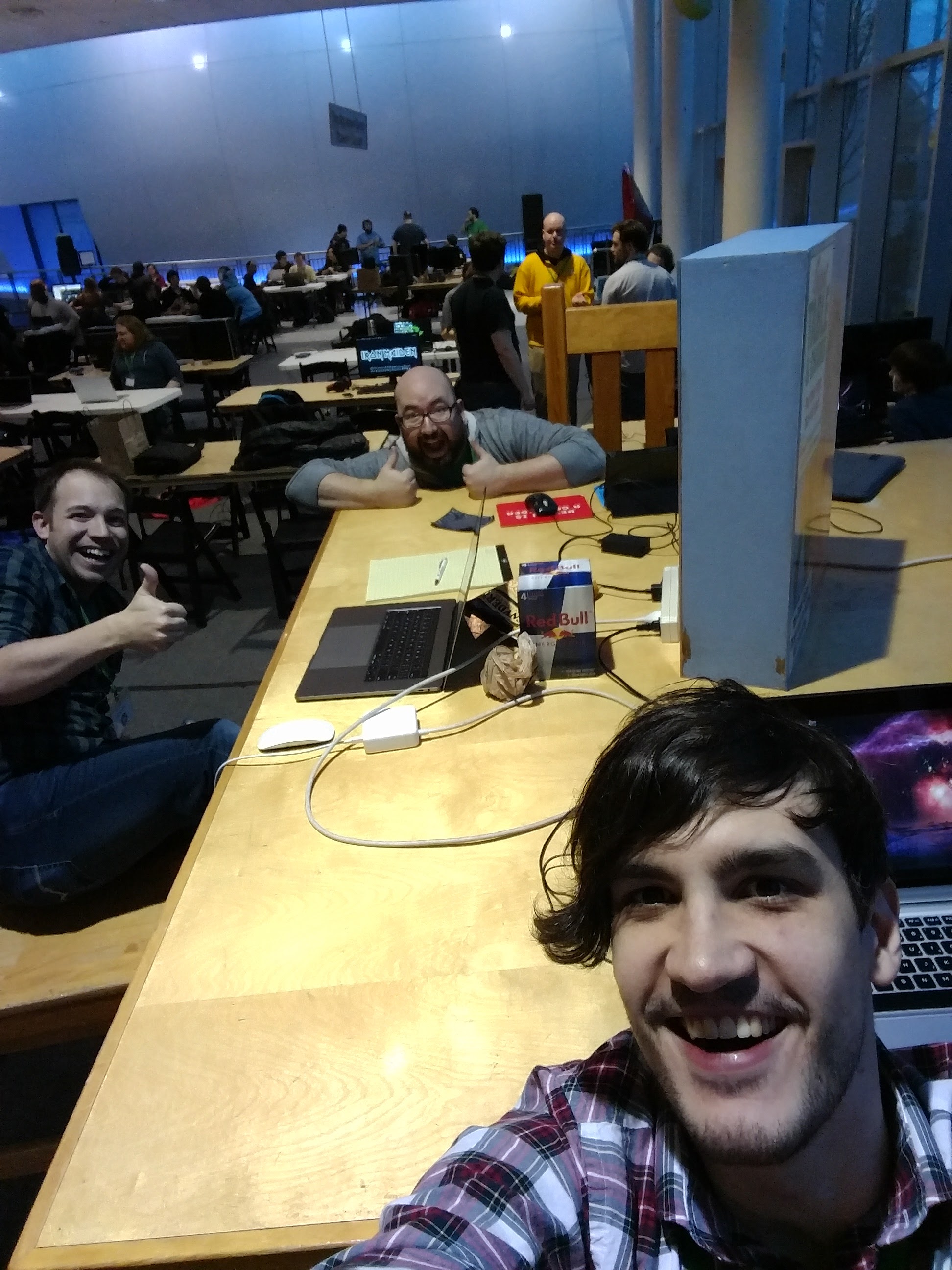 There's something beautiful in the way that having the constraint of a single-word prompt forces your brain to work in unexpected and creative ways, causing you to produce content unlike what you would have otherwise. Plus, in-person game jams are a fantastic way to meet people - several of my close friends I've met by attending game jams and teaming up with them to work on something. My general advice to anyone who asks how to get into the game industry is: do as many game jams as possible!"